November 2012 | By Lars Rehm with additional material by Andy Westlake

Review based on a production Canon PowerShot G15

Canon’s PowerShot G-series is one of the most iconic lines of digital compact cameras, with the original G1 having debuted right back in September 2000. The original models sported fast lenses, articulated LCDs, optical viewfinders, Raw data recording and lots of external control, and were aimed at tempting enthusiasts who usually shot with 35mm SLRs to dip a toe into the brave new waters of digital photography. 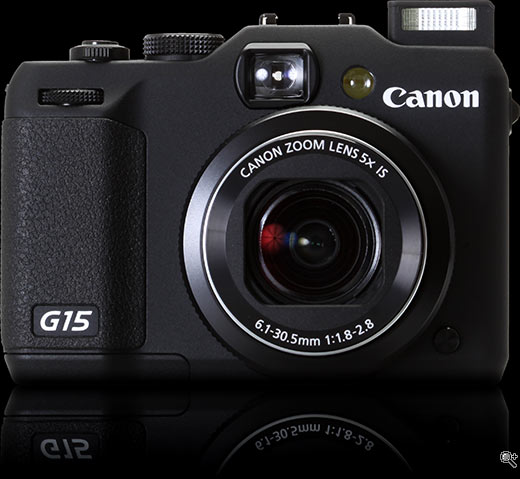 The line took a hiatus for a couple of years between 2004-6 when affordable APS-C SLRs started to appear, before being reinvented with the smaller, slimmer G7 – redesigned as a compact camera for SLR-owning enthusiasts. To the dismay of many G-series fans, the G7had a slower lens, fixed screen and didn’t record Raw. Since then the G7’s design has provided the basis for a number of subsequent models, adding back Raw and the swivel screen along the way, right up to the G12 that’s been on the market for two years. In the meantime Canon created the G1 X – a variant on the same basic design with a much-larger sensor, and at a correspondingly higher price-point.