The Tamron SP 24-70mm F/2.8 Di VC USD (Model A007) was announced in February 2012, just one day before the Canon EF 24-70mm f/2.8L II USM. Its headline feature is indicated by the ‘VC’ in its name, which stands for ‘Vibration Control’; it’s the first and only optically-stabilized fast normal zoom for full frame cameras. As befits a premium SLR lens it also includes an ultrasonic-type autofocus motor for fast and silent focusing, and as an added bonus it features a degree of weathersealing (Tamron uses the term ‘drip proof’). Put together, this makes it the highest-specified 24-70mm lens currently on the market. 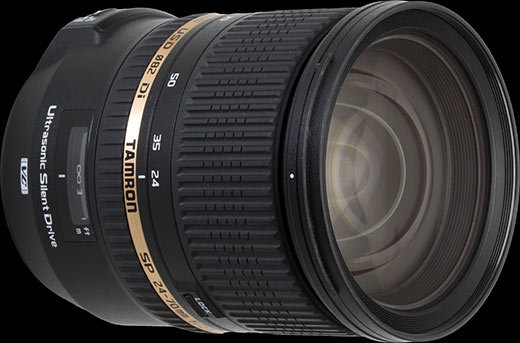 As usual for Tamron the lens is available in versions for Canon, Nikon and Sony SLRs. The latter doesn’t include optical stabilization, relying instead on the camera body’s built-in sensor-shift stabilization, and drops the ‘VC’ from its name as a result. But in all other respects it’s identical, including the same optical design.

What’s perhaps most impressive about the 24-70mm F2.8 VC, though, is its price. At around $1300/£800 it’s significantly cheaper than Canon, Nikon and Sony’s own 24-70mm F2.8 lenses, although it’s rather more expensive than Sigma’s older, unstabilized model. You could be forgiven for thinking this is too good to be true – on paper it looks like a steal. So the question is: how well does it work in practical use? Read on to find out.