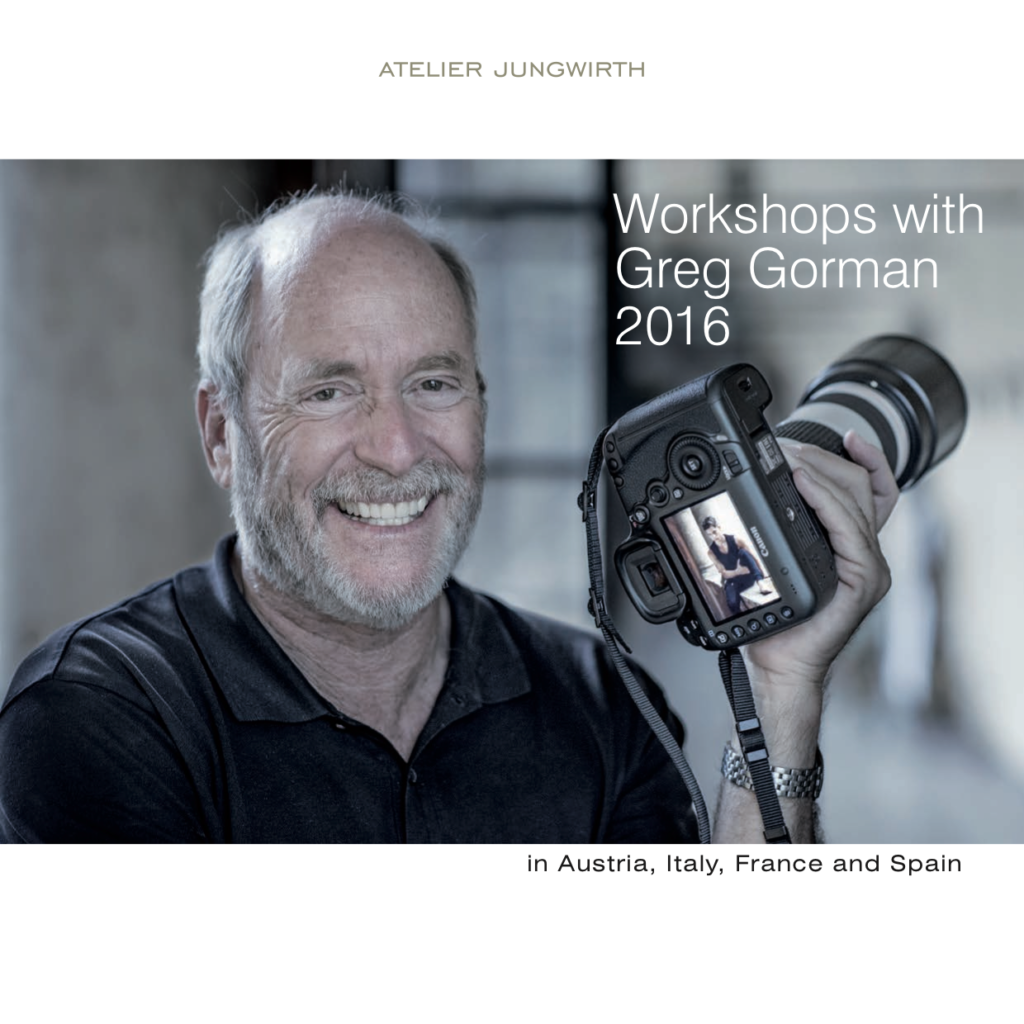 Workshops with GREG GORMAN in Austria & Italy
Greg Gorman, born in 1949 in Kansas City, is considered to be one of the greatest photographers of our time. Gorman’s work has been published in numerous magazines and many top-class advertising campaigns are his work. He became particularly well-known for his nude photographs and photos of film and pop stars, which have been introduced in numerous books and exhibitions.  When he is not travelling, Greg Gorman lives in Los Angeles and Mendocino, California. In 2012 his works were shown in Halle 8 in Graz. It was the largest exhibition of his works in his life so far.

However, it is usually not easy for photographers who want to learn from Gorman because the American’s workshops are rare and usually fully-booked very quickly. In June 2016 Atelier Jungwirth, Graz, will be organizing four workshops with Greg Gorman at unique locations – in Austria (Southern Styria), in Italy (Milan), in Provence and in Catalonia.

As regards content, Greg Gorman deals with the areas which have made him famous throughout the world in the workshops – portrait photography and nude photography.  The participants learn the secrets of his lighting and can take photographs of models under the direction of the star. Interested persons should get in touch with us quickly in order to book one of the limited places at the workshop in the location of their choice.

Please note: All workshops are conducted in English!